TUCSON, AZ – Darrell Midgley and Team NPP kick-off the first weekend of spring with an appearance in the Arizona desert.  Two Super Late Model Feature events highlight the action Saturday night on the 3/8 mile paved oval at Tucson Speedway.  “We are hoping for a better run this time,” admits Midgley, “to get punted out 14 laps into the big race the end of January was really disappointing.”  Midgley finished 37th at the 6th annual Chilly Willy 150 on January 26th.  “The car received a fair bit of damage but it’s good to go now.”  The driver of Northern Provincial Pipelines/Alien Race Cars #81 Dodge has already put the January race behind him.  “We just want to kick things off on a positive note.  We were on a pretty good run here for awhile.”  Midgley had four consecutive top-10 finishes heading into January’s Chilly Willy race weekend.  The Sidney, British Columbia driver had a personal best Tucson Speedway finish of 5th back on November 23rd.  “I’m definitely looking forward to getting back on the track again for sure.” 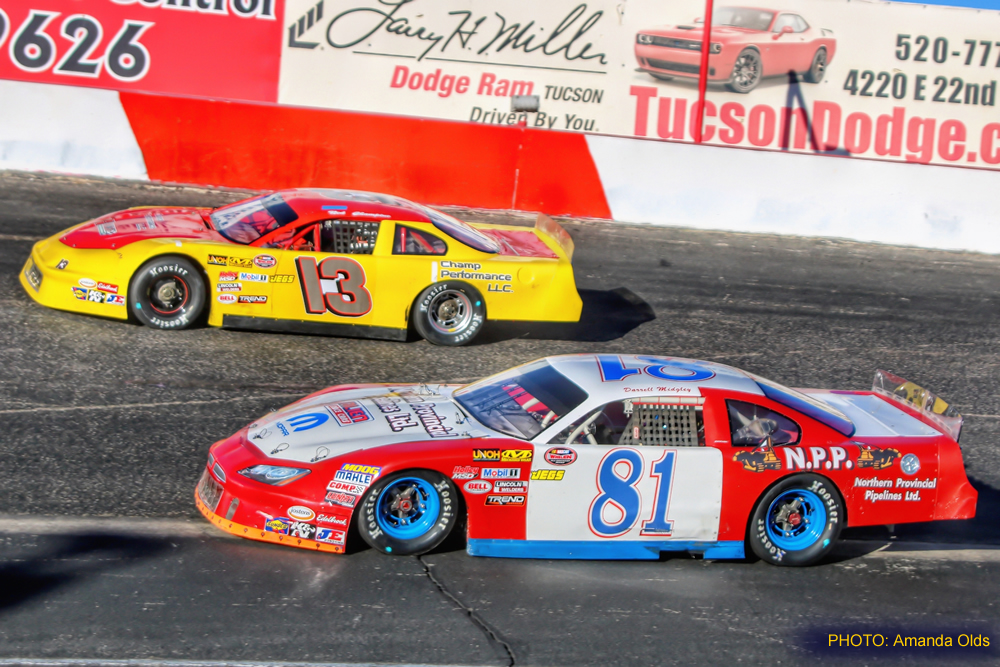 Tucson Speedway is holding an open practice Friday in preparation for the ‘Double Trouble’ night of Super Late Model racing.  “We’ll put in a few hours on the track Friday, put some laps down then focus on the race Saturday night.”  Right now Midgley is the only Canadian entry in the Super Late Model class.  “Everyone that’s going to be there this weekend is running for a track championship.  We’re not there for points.  We are there to win the race.”  The Team NPP race hauler has been in Arizona since October but it will start its journey north to Canada after the Arizona weekend.  “This is our last race in Tucson until the fall.  We are racing in Washington (Wenatchee) next month (April 27).”