VICTORIA, BC (February 8) – From the comfort of his home, Team NPP’s Lane Zerbin drove the Northern Provincial Pipelines #81 Dodge to a 4th place finish Sunday night in the final race of the 2021 Viroc Super Late Model Winter Series.  The Victoria, British Columbia driver finished 3rd in the Championship Points chase.  Zerbin was one 35 registered drivers that competed in the 8-race iRacing series at 8 virtual race tracks.  “This series actually started up about seven years ago.  It took a couple years off then got going again during this Covid stuff.”  Virtual racing has been a huge outlet for many Canadian race car drivers hungry for competition.  “It’s pretty good how competitive this Series is,” says Zerbin, “for the most part they were all local guys (Victoria/Vancouver).”  Zerbin registered six top-5 finishes and one Feature win. 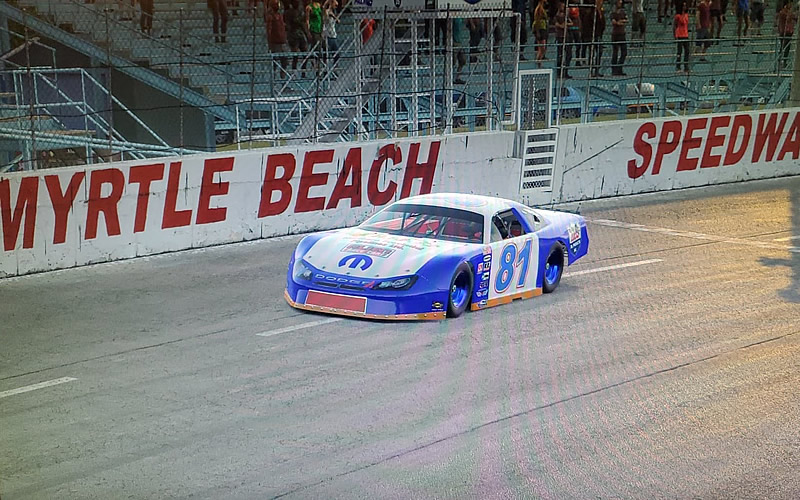 ZERBINS 'VIRTUAL' WIN IN THE #81 DODGE CAME ON JANUARY 3RD

The lone win came at the virtual Myrtle Beach Speedway in South Carolina.  “I downloaded the track 20 minutes before the race started.  Had a little practice time before the race then went out and qualified 5th.  I winged it from there and won it.”  Zerbin says the feeling is a little bit different when racing virtually compared to racing at an actual track.  “You are still getting that adrenaline rush from the virtual stuff but it’s not as much as racing in real life.  I think the winning factor wears off in about 10 minutes.  Racing in real life, the feeling lasts a lot longer.” 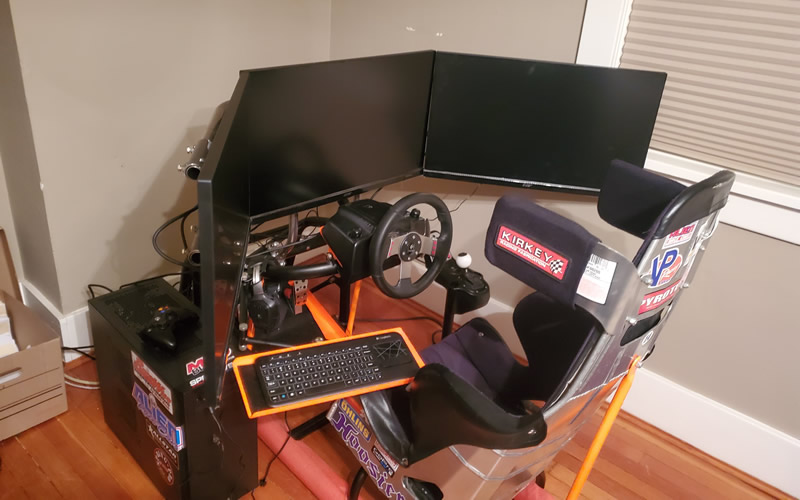 RACING SIMULATOR BUILT BY ALIEN RACE CARS IN VICTORIA, BC

Zerbin has 5 Feature wins and 19 top-10 finishes (49 starts) in his Northern Provincial Pipelines Ltd./Alien Race Cars #81 Modified.  Zerbin says it’s tough to match actual racing at a track but iRacing comes very close.  “At the end of the day it is a video game but there aren’t too many video games that have laser scanned cars and laser scanned tracks.”  Part-time Team NPP driver Brandon Carlson ran several events in the virtual winter series.  The 2020 Canada 200 Late Model Champion at Western Speedway finished the virtual series in 12th.  Rory Smith was the virtual 2021 Winter Series championship.  The veteran Late Model racer was the 2019 Keg Late Model Challenge Series Champion also at Western Speedway.  With gathering restrictions still in place and the US border still closed,  Zerbin feels going racing at an actual track is still some time away.   He’s now looking at running a virtual dirt series later this month.  “Thinking about running a 360 Sprint car.  We’ll see what happens.”

ZERBIN LOOKING FORWARD TO HIS NEXT FEATURE WIN IN HIS MODIFIED