ELMA, WA. – Canada’s Lane Zerbin finished a strong second at Grays Harbor Raceway in the Team NPP #81 Modified.  The weekend trip for the Victoria, British Columbia driver almost didn’t happen.  “The weather forecast really wasn’t looking good at all,” admits Zerbin, “we took a gamble when we left home early Saturday morning.”  It takes just over four hours, including time on the ferry, to haul to Elma, Washington.  “We got rained out here earlier this year.  So my dad (Ted) and I really took a chance at coming this time.  Sure glad we did.”  There were 25 Modifieds in the pits at Grays Harbor Raceway for the Saturday night race.  “We were fourth fastest out of all the cars in hot laps.  Finished second in the heat race.”  Low lying coastal clouds had all race teams and fans looking to the sky expecting a sudden downpour.  “The car was handling awesome.  We’re here to race.  We didn’t need it to start raining.”  Zerbin started the 25 lap Feature in the #5 position.  At the drop of the green flag, the only Canadian in the field, gained a position by the end of Lap 1.  By Lap 4 Zerbin had moved the Northern Provincial Pipelines Ltd./Alien Race Cars #81 Modified up to third. 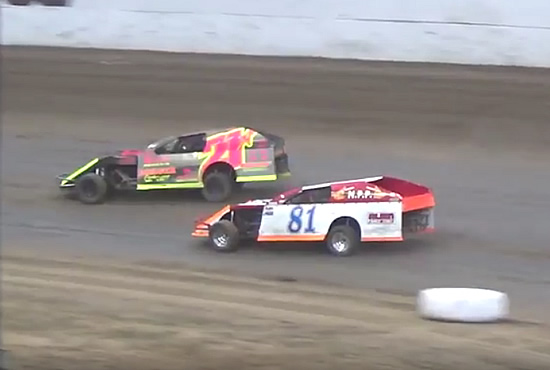 Just past the halfway point Zerbin found himself in second place and was closing in on the race leader.  For 4 laps Zerbin put tremendous pressure on Matthew Draeger.  The Albany, Oregon driver then began pulling away and built up a two-second cushion.  “We made a run at the leader a few times but came up short,” says Zerbin, “he ran a great race.”  With just two laps to go Zerbin found himself in the defensive position and had to hold off a hard charging Doug Davenport from Veronia, Oregon.  “It was tough but I held him off.”  Only 3 caution flags waved the entire Feature.  Zerbin was just happy to see his favorite flag at the end.  “As we took the checkered flag the rain began to fall.  We’ll take that second.”  Zerbin’s second place finish was his second consecutive top 5 finish at Grays Harbor Raceway.  The 22 year old finished fifth back on July 29th.  Zerbin won the Modified Feature at GHR on July 22nd.  “The season is starting to wind down for us,” admits Zerbin, “we are back here on the 26th.  Then it’s a two-day show at Skagit in September and that is probably it for the year.”