DAYTONA BEACH, FL (February 16) – For the second year in a row a Canadian will be competing in the “Great American Race”.  DJ Kennington will roll off the grid in 30th when the green flag drops on Sunday for the 60th running of the Daytona 500.  “I’m one of the fortunate ones to have the people and the backing to do this,” exclaims the St. Thomas, Ontario driver, “a lot of people never get the opportunity.” 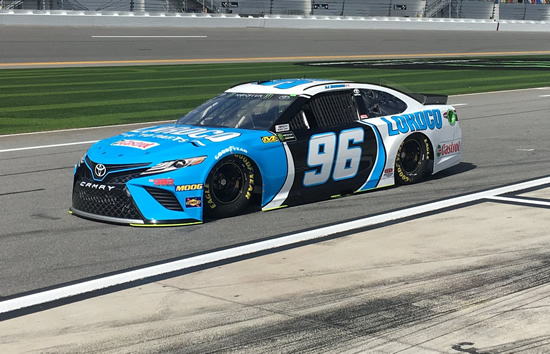 DJ IS READY FOR SUNDAY’S DAYTONA 500

Last year Kennington was the first Canadian, since 1988, to start the Daytona 500.  “We were consistent.  We qualified for the race.  We ran real well and we were in the mix but just got caught up in the big one at the end.”  Kennington was credited with a 36th place finish after getting caught up in a 16 car crash in the Lordco/Castrol Edge #96 Toyota.  This year Kennington becomes the first Canadian since 1988 to make consecutive starts in the Daytona 500.  Calgary, Alberta’s Trevor Boys made five consecutive starts at the “Great American Race” starting in 1984.  “I learned a lot last year,” exclaims Kennington, “hopefully I can use that to run better (this year).” 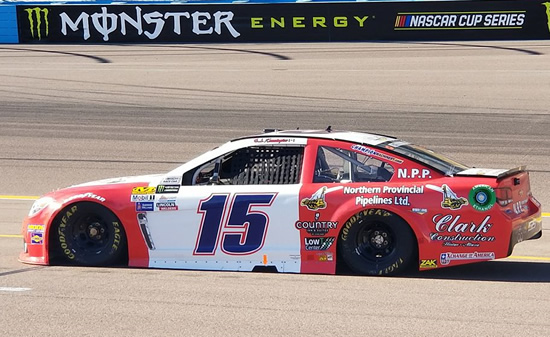 With major sponsorship from Alberta based Northern Provincial Pipelines Ltd and Clark Construction, Kennington scored his best ever Monster Energy NASCAR Cup finish at Phoenix International Raceway back on November 12th.  The two-time NASCAR Canada Pinty’s Series Champion finished 26th at the Arizona facility.  “When the checkered flag flys you hope the car is still running.  Anything can happen anywhere.  There is nowhere to hide on the track.  Just go out there and do your best.”  Kennington finished 15th Thursday night in the second of two 60 lap Duel races at Daytona International Speedway. 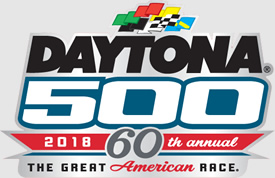 ————————————————–
UPDATE: DJ Kennington’s appearance at the 60th running of the Daytona 500 almost ended early Sunday afternoon.  The St. Thomas, Ontario driver clipped a spinning Kyle Busch on Lap 51.  Busch cut down a tire.  Kennington suffered damage to the left front fender of his race car.  Kennington did not have to go to the garage but still went down 1 lap due to repairs at his pit stall.  He remained off the lead lap for the remainder of the race.  Kennington was running 34th at the halfway point of the race (Lap 100).  A multi-car crash on Lap 102 took out several cars.  This crash moved Kennington up to 28th.  Kennington hovered around the 28th and 29th position in his damaged race car for the next 77+ laps.  With only 2 laps to go…..yet another multi-car crash.  With four cars unable to continue due to damage, Kennington gained four spots.  The St Thomas, Ontario driver finished 24th when the checkered flag flew.
————————————————–