LIGHTS OUT IN RIMBEY

RIMBEY, AB – You can’t blame Central Alberta Raceways track officials for being a little concerned but as the old saying goes: The show must go on! Portable lighting, which illuminated the 3/8 mile clay/dirt oval track for the first time last year, has suddenly become unavailable for the final four night races of the 2015 season in Rimbey, Alberta.  “The lights did not work out for us this year,” sighs oval race director Quin Fahrenschon, “we are OK for this race weekend but the September race will be switched to Saturday and Sunday afternoon [from Friday and Saturday night].” 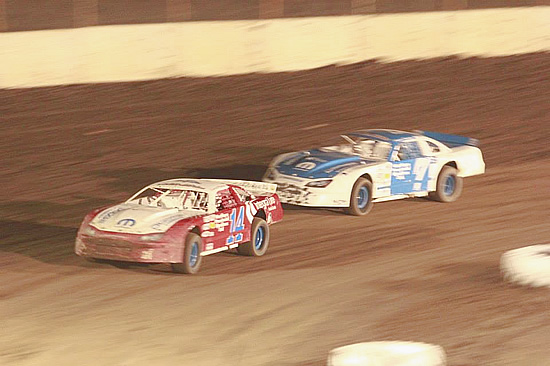 DARRELL MIDGLEY AND SHAWN KENNEDY UNDER THE LIGHTS IN RIMBEY

Although the days are getting noticeably shorter, Fahrenschon is not worried about drivers running out of daylight at this weekend’s oval event.  “It will be close for time but we have been running four classes at our events in less than 3 hours all summer.”  Sunset this Friday and Saturday night for Rimbey, Alberta is 8:47pm and 8:45pm.  The green flag drops at 6:00pm both nights. Northern Provincial Pipelines Late Model Series race teams have four race dates at Central Alberta Raceways to wrap up the 2015 season including this Friday and Saturday, August 21st and 22nd. Due to the lighting issue at the Rimbey, Alberta track, the NPP Series season championship weekend will now be run on Saturday and Sunday, September 12th and 13th starting at 2pm both days. Due to the portable lighting issue, track officials at Central Alberta Raceways will be discussing the possibility of installing permanent lighting on the oval track for the 2016 race season. 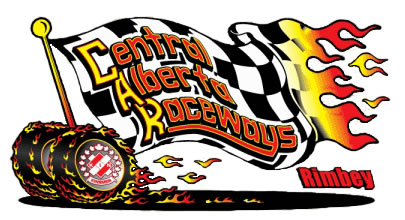 UPDATE: (3:20pm – Frdiay, August 21st) – Central Alberta Raceways track officials say the oval pits will be a bit soggy but the oval track will be just fine.  The scheduled Saturday, August 22nd event is still a go.  To make up for the loss of the Friday night Feature, NPP Series race teams will run two Feature events on Saturday.  Race action in Rimbey, Alberta is scheduled to start at 6:00pm but could be bumped to 5:30pm.